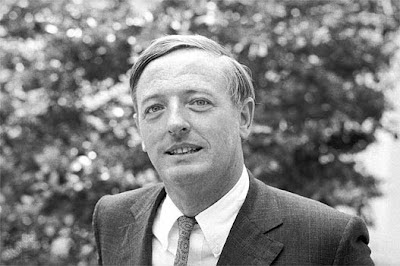 William F. Buckley Jr. was the founder of conservative magazine "National Review" and one of the earliest and most influential personalities in the modern American conservative movement. He died Wednesday 27 February, 2008 at his home.

His magazine's editors remember their founder and inspiration here, and a National Review columnist remembers him as a true gentleman here. More remembrances have been posted even since I started writing this post. The Wall Street Journal reports his death here.

Even though I do not agree with all of Mr Buckley's opinions, he was one of my favorite columnists. He always had such a way with words that it was hard not to at least see precisely what he was saying. He will be truly missed, but his movement will rumble ever forward in his memory.

Posted by Unknown at 11:57 AM under: commentary, news, politics 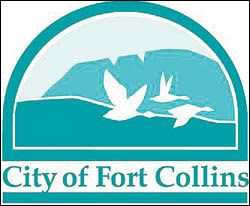 Oh well, I guess 30 years is a long time for one logo, and $80,000 isn't that much money, but I am still partial to the old one that I have seen my entire life. I guess I may just be nostalgic.
Posted by Unknown at 7:52 AM under: commentary, fort collins

I wish my local paper (which I don't actually read) or the campus paper (which I still glance at once in a while) had this comic instead of the lame-sauce they currently print.
Posted by Unknown at 8:06 AM under: humor

The official ceremony will take place Friday afternoon in the governor's office at the State Capitol in Denver.

Sonny is one heck of a good guy, and he deserves every bit of the $259,000 that CSU still owes him. His teams were a force to be reckoned with on the field and I don't know if there was ever a nicer, more considerate person in his position. I'm glad that the athletic directors chose a former Ram, Steve Fairchild, to succeed Sonny, and I can only hope that he will carry on his legacy.

Posted by Unknown at 2:03 PM under: sports