Since I've been in Chengdu, China, I've been trying to collect a few dos and don'ts that I want to remember and/or share.  I call them Cheng-Dos and Cheng-Don'ts. 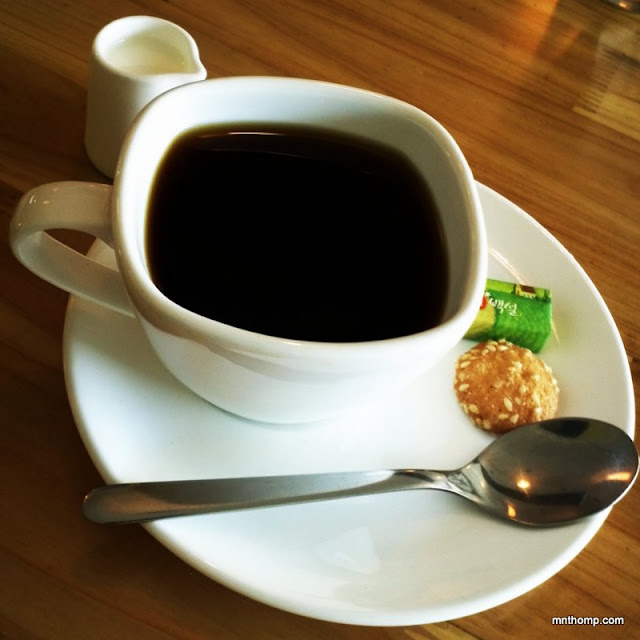 Located on the First Ring Road, a bit east of North Kehua Road, Kaffestugan is a Swedish cafe transplanted into Chengdu.  Owned by a Swedish / Korean couple, they serve excellent pour-over coffee (excellent by American coffee standards, not just Chinese); along with snacks, brunch and lunch items, and a good selection of liquor.  The prices are very reasonable, and even though the cafe is located on the second floor of a strip mall, the interior is inviting enough to spend the afternoon barely noticing that you're in China.

I was unable to find their location on Google Maps, but fortunately they are right next to a dental clinic (called Huashan Oral Cavity in English) that is listed.  Click here for a map.


Obviously the title of this post is a vast oversimplification, but it is also the main thrust of the research by Dr Tim Noakes, a South African runner and medical doctor who's writing I have just spent way more time reading that I reasonably should have.


Dr Noakes basically believes that humans have evolved to deal with mild dehydration (since we obviously had to run through the African plain for hours on end to catch prey, and no one had invented the Camelback yet) and people who exercise are at a much higher risk of complications from drinking too much water than not enough.  I did not realize it, but drinking water during running or cycling discouraged up to the late 1960s because it would "slow you down".

The current government recommendations seem to be that people should drink at least 40 ounces / 1.2 liters of water per hour of exercise and try not to loose much if any water weight while exercising; and everyone has heard by now that "if you're thirsty, you're already dehydrated".  Noakes states that people get into trouble this way because their bodies are not loosing water nearly as fast as they are consuming it, and if they continue to do this for several hours (like during a marathon) this can cause people to become over hydrated and possibly develop a condition called Hyponatremia.  Normally, most people will just pee the excess water out, but


"...what happens in hyponatremia is that, for some reason, the brain interprets that the person is dehydrated and secretes the antidiuretic hormone. As a consequence, that prevents all urine production. Although they are sweating, they may be sweating at a rate of 20 ounces per hour, but they are drinking at a rate of 40 ounces per hour. Every hour they are accumulating 20 ounces. You can do that for a couple of hours, but once you’ve accumulated about 60 to 80 ounces of water in your body, all of your tissues become bloated, and the organ that becomes most affected is the brain.
"The brain swells, and because it is in a rigid skull, it cannot swell very much. The more it swells, the more pressure, and that eventually squeezes the arteries supplying blood to the brain. Ultimately, there is less oxygen getting to the brain, and certain parts become damaged. Once it affects your breathing centers, then you’re in real trouble, because it stops breathing, and that is essentially irreversible."(1)

Obviously this is an extreme case, and most of us (non marathoners) will never have to worry about how much water to drink over a five hour race, but it is interesting to keep in mind.

In Noakes' new book, "Waterlogged: The Serious Problem of Overhydration in Endurance Sports", he quotes James Fixx's 1977 book, "The Complete Book of Running":


"Drink lots of water while you're exercising.  It used to be considered unwise to drink while working out.  Recent studies have shown, however, that athletes, including runners, function best when allowed to drink whenever they want to.  A 5% drop in body weight can reduce efficiency by 15%, and 6% is about the maximum you can comfortably tolerate."

But Dr Noakes clarifies that drinking "whenever they want to" really means drinking when you're thirsty.  I have never weighed myself before and after an intense workout or long run, but I highly doubt I have ever sweat out any significant portion of my body weight.  To loose 5% of my weight, I would have to sweat out about one gallon of water.  I don't want to know how far I would have to run for that to happen!

The basic take away from all of this is that you probably don't have to worry about how much water you're drinking while you're working out.  If you're thirstly, drink something.  But ever drink just because the Gatorade advert told you that you should.


And now onto the eating fat!


Or not.  Turns out that Dr Noakes is talking about a special case - his.  Well, his and people with a similar condition, a predisposition to develop adult-onset diabetes because of a metabolic abnormality called "carbohydrate resistance" (CR).  I have no idea how common this inability to process simple carbohydrates is, but apparently it is fixable by -- surprise! -- not eating carbs!  This is basically the Atkins diet, which should probably be called the Harvey/Banting diet for it's original proponents, way back in 1861(!).  As a real doctor should, Noakes wisely doesn't propose this high fat / low carb diet as a cure-all for everyone, only those who's personal biology is served by it.

I don't seem to have any problems using pretty much whatever kind of food enters my body and I don't have any close family with adult onset diabetes, so it looks like I don't have to worry about his, but Dr Noakes writes a compelling and interesting case for those whom it might help.

Read his column and judge for yourself:
http://www.health24.com/Diet-and-nutrition/Nutrition-basics/Tim-Noakes-on-carbohydrates-20120721


Both of these topics go a long way to show how much what is thought of as healthy -- by both the medical and lay community -- change over time and how little perspective we really have from day to day.  So, eat when you're hungry, drink when you're thirsty, and go sweat a little!

Since I've been sooo productive since getting to Chengdu (more on that later), I thought I would toss up a quick post about what I actually did do today instead of all the things I intended to do but didn't.

Basically, this involves drinking coffee all day, listening to good tunes from Big Blue Swing, doing some laundry in a very strange combination washer/dryer, and watching vintage drag racing videos.  This one in particular is pretty sweet.


Nostalgia Drags at 240 FPS from Matthew Macomber on Vimeo.

I've also been thinking about the repercussions being in China to witness the N7N9 flu and a crazier-than-usual North Korea... but those are kind of a downer and you can read about those things pretty much anywhere.  (The Sinocism blog is a good place to start if you want an insiders pick of the stories.)
Posted by Unknown at 3:00 AM under: cars, video