Initial claims for jobless benefits jumped 32,000 to a seasonally adjusted 516,000 in the week ended Nov. 8, the Labor Department said Thursday.

And I'm one of them. Now if I ever get these so-called "jobless benefits" it'll suck a little less.
Posted by mnthomp at 4:33 PM under: commentary, news

Today, the 11th of November, is the 90th anniversary of the signing of the armistice between the Allies and Germany at Rethondes, France, marking symbolic end of World War One — signed on the "eleventh hour of the eleventh day of the eleventh month" in 1918. It became known as "Veterans Day" in 1954 when President Dwight Eisenhower and congress passed a bill declaring it so.

I'd like to take this opportunity to give thanks to all who have served and are serving our great country in our military. Their sacrifices make it possible for the rest of us live the lives that we live today in freedom and without fear of outside attack. Thank God for our service men and women.

In related news, President Bush honored veterans today at the rededicate of the World War II aircraft carrier USS Intrepid in New York where he also received the Freedom Award from ...someone that I can't seem to find. The President gave a very enjoyable speech, but I can't find a video of it yet, so here is the text of the speech. Hopefully the video will get posted and I'll add it here. Here is coverage of the event from the AP and Bloomberg.

Boy, this being home during the day sure lets me watch a lot of news...
Posted by mnthomp at 2:24 PM under: news, patriotism

Well, even if I'm bitterly disappointed about the election results, that doesn't mean I can't find entertainment value in Mr Obama. For example, there is an Obama platitude generator at buttafly.com that is pretty clever:
Generate a Barack Obama Quote!

"These people haven't had snuggles for fifty years. So you can't be surprised if they get bitter and cling to their brussel sprouts and their liver and onions and their pickled pigs' feet. That's what my campaign is about. Teaching all the little people in this country that they can have fluffy kittens."
Generate your Barack Obama quote at Buttafly.com

Just insert your key words, and bam, you're presented with three choices of cleverly crafted yet utterly meaningless statements! It's just like the real thing!
Posted by mnthomp at 12:15 PM under: humor, politics

Predictions for an Obama Presidency

Some of my predictions now that a majority of American voters were gullible enough to believe the false promises of "hope" and "change" and elect Barack Obama to the most powerful position in the world.
Don't get me wrong, some of these things might happen no matter who is in the White House, and maybe, just maybe I'll be pleasantly surprised by Barack the Redistributer's magical ways. But I doubt it.

I wonder of Prozak is one of Wal-Mart's $4 generics... I have the feeling I'm going to need it.
Posted by mnthomp at 9:30 PM under: commentary, politics 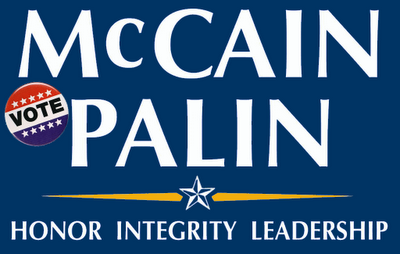 Just say NO to socialism!

Equality of opportunity should be guaranteed, not equality of outcome.
Posted by mnthomp at 11:00 AM under: politics

This woman was apparently really excited after attending an Obama rally recently, and pretty much sums up in a few seconds what is wrong with an Obama presidency and a good chunk of America in general. She says she will vote for Obama because "I won't have to worry about putting gas in my car and I won't have to worry about paying my mortgage," and thanks to YouTube, it's immortalized for all to see.

This kind of thing just boils my blood. That people in America actually feel this way and believe that this is the way things should be just pisses me off.

Glenn Beck's take: "He's going to pay for your mortgage? Not likely---he won't even pay for his Uncle's mortgage (evicted) or his Aunt (living in a Boston slum) or his half brother (who makes $1 per month and lives in Kenya in a hut)."

Note to Obama supporters: Money isn't free. Someone earned that money, and it is wrong for the government for forcibly take it away from them and give it to those who did not earn it. Choices have consequences and words mean things, so while you're hoping for change, I'll be working my ass off to pay for your dumb ass to sit at home and collect welfare.
Posted by mnthomp at 10:03 AM under: commentary, video