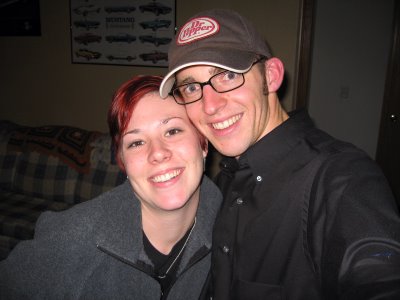 WOOT! Pictures... what an amazing concept. 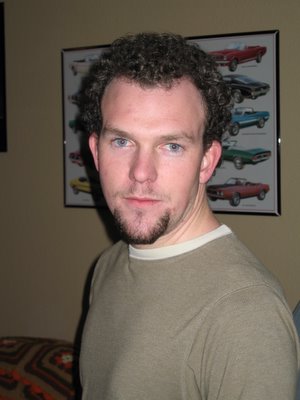 So, I graduated earlier this month... finally.

I received my Bachelors of Science degree in Construction Management from Colorado State University, so that's kind of exciting; and it has an impressive sounding name.

So does my job title: Project Engineer, Special Projects Division.

Which only means one thing: I have an entry level job at a mechanical contractor in Loveland (U.S. Engineering Company). But it is a job, and I like the people there, and they pay me decent, so I can't complain too much.

But the thing that ties the pictures and graduation together is the gift that my uncle gave me. I received a very nice digital camera, a Canon SD550, 7 Mega Pixel, bad-ass, super compact, so easy - I can use it - camera.

It takes pretty good pictures, even if the operator (or the subject - see the picture at left) has no idea what's going on. (But doesn't David have nice eyes?)

The top picture is of myself and my kick-ass-guitar-playing friend Valerie. She came all the way from San Francisco to visit us. Or at least that's what I'm going to pretend. Her hair is normally dark-blond, but I like the red. It's hot. She's going to school for accounting. That's hot too.

And while I'm rambling, and totally in to this multi-media thing, I saw the most awesome video the other night. It's some kid doing this little dance thingie to the "Numa Numa" song. That is apparently not the real name of the song, but it's some french dance song. Good song. It's also somehow gotten into the mainstream pop culture as of late. He was on Good Morning America with The Perky One, and I hear it was funny stuff. Anywho, the video is here, at it's original site.

Update: I guess I don't know how to do the picture thing as well as I thought. But click on them, they work. And Hi-Res, too!
Posted by mnthomp at 6:47 PM