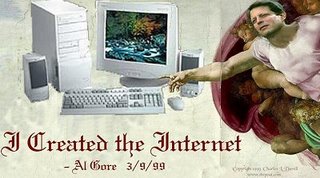 Then what did Al Gore invent? :o(