I'm not very good at remembering to blog. Which isn't really that big of a deal, because it's not like the Internet is short on mediocre content that most people will never see. But sometimes I think that I want to share something that I have thoughts on, but I don't want to just Tweet it or share it to Facebook. There's just too much friction involved in the process of sharing something a little more in depth than a tweet. Unless it's a picture, because Instagram is awesome.

So, in this post I'm trying out an Android app that posts to my old Blogger blog. I'm also going to try to share a link to an article directly from Chrome and maybe post a picture! 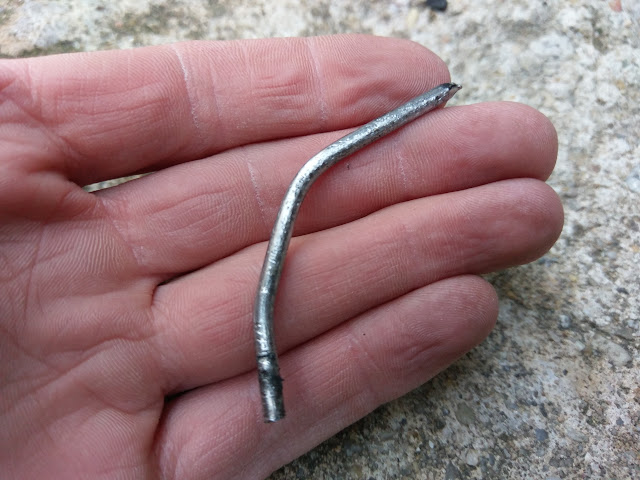 Here's a picture of the nail that I pulled out of the work van's tire. No wonder it was going flat all the time! I managed to "fix" it with a plug kit, but I haven't had a chance to check to see if it's still holding air.